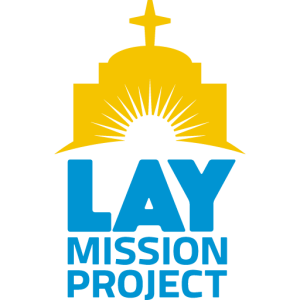 The purpose of the Lay Mission Project is to animateanimate (v.)From Latin animatus past participle of animare: give breath to, to endow with a particular spirit, to fill with boldness or courage. the lay apostolate in the Church by preparing laypeople for the sake of their fundamental calling: to transform persons and society through living the faith in all aspects of life – in the family, socially, in one’s occupation, etc. This is accomplished through a formation process that involves, prayer, reflection, education, and the animation of localized communities of mission-driven disciples. It is primarily a diocesan-based project that organically “lives in” the diocese, and it begins with the invitation of the Bishop.

The Lay Mission Project is a collaborative endeavor of the Western Dominican Province and the Diocese of Sacramento. In a special way, we acknowledge the vitalizing financial support of the Our Sunday Visitor Institute, who seeded the project with the funds necessary to bring it from concept to reality, and offer an effective and comprehensive formation to lay Catholics for the sake of animating the mission of the Church to secular society. Their networking and teamwork have made possible an in-depth formation that is built from the ground up specifically for the laity. Its process of formation is accessible to the often busy lifestyle of the average lay Catholic, and is designed with immediate practical application in mind. The curriculum is not only information-based, but also emphasizes spiritual development in order to foster integration of the material for human wholeness. The project’s educational foundations have been set by top-notch theologians, scholars, and world-renowned experts in their respective fields. 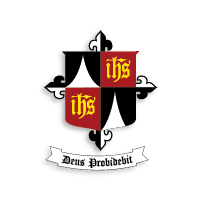 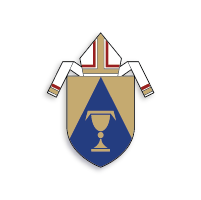 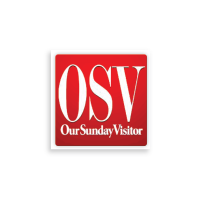 There exist many educational programs that prepare the laity for the pastoral care of the baptized in activities known as lay ecclesial ministry – for example: catechesis, visiting the sick or home-bound, and in liturgical ministries such as lectoring, ushering, etc. However, such activities are extraordinary with respect to the call of the layperson. The primary and ordinary call of the laity is the care of the secular order: in other words, to transform secular society through living the faith in family life, social life, in one’s occupation, and every aspect of life. It is only when laypeople are adequately formed for this primary call that they are able truly collaborate with clergy, and to use their competence and experience in ministries within the parish. The “M.Div.” and other ministerial prep programs are inherently designed for the extra-ordinary call of ministry, and are not designed to form apostles to the world. It is vital that the Church offers formation that is proper to the layperson for their calling to participate in the Church’s mission to the world in the secular apostolate. Therefore, Lay Mission Project strives to offer a formation that:

The Second Vatican Council taught that the evangelization of the temporal order is preeminently a work of lay Catholics in collaboration with their pastors. Recognizing a general lack of understanding of the lay role in the Church’s mission, Cardinal Ratzinger (aka Pope Benedict XVI) proposed theological expansion on the laity’s role as sharers in Christ’s offices of Priest, Prophet, and King:

Every Christian is consecrated by baptism and shares in the offices of Christ. …The call to a secular task can be understood as a mission given by God. …The idea of an “ecclesial world-office of the laity” developed out of the spirit of the Council, could help to clarify the place of lay people in the Church and their consecration and mission for their secular tasks…

The Lay Mission Project focuses on this notion and offers a catechesis developed from the spirit and letter of the Council, which correlates the mission of the Church with the layperson’s participation in secular society.

LUMEN GENTIUM
At the second Vatican Council, for the first time in the Church’s history, the Council Fathers articulated the unique role of the laity in the life of the Church:

What specifically characterizes the laity is their secular nature. …By their very vocation, [they] seek the kingdom of God by engaging in temporal affairs and by ordering them according to the plan of God. They live in the world, that is, in each and in all of the secular professions and occupations. They live in the ordinary circumstances of family and social life, from which the very web of their existence is woven. They are called there by God that by exercising their proper function and led by the spirit of the Gospel they may work for the sanctification of the world from within as a leaven. In this way they may make Christ known to others, especially by the testimony of a life resplendent in faith, hope and charity (Lumen Gentium, 31).

To the laity were given, under the direction of their pastors, particular responsibility for the church’s secular mission:

The lay apostolate…is a participation in the salvific mission of the Church itself. Through their baptism and confirmation all are commissioned to that apostolate by the Lord Himself. …The laity are called in a special way to make the Church present and operative in those places and circumstances where only through them can it become the salt of the earth (2 Col. 1:15). Thus every layman, in virtue of the very gifts bestowed upon him, is at the same time a witness and a living instrument of the mission of the Church itself “according to the measure of Christ’s bestowal.” (Lumen Gentium, 33)

CHRISTIFIDELES LAICI
Saint John Paul II, commenting the work of the council, made explicit the theological significance of the lay apostolate:

Thus for the lay faithful, to be present and active in the world is not only an anthropological and sociological reality, but in a specific way, a theological and ecclesiological reality as well. In fact, in their situation in the world, God manifests his plan and communicates to them their particular vocation of “seeking the Kingdom of God by engaging in temporal affairs and by ordering them according to the plan of God”. Precisely with this in mind the Synod Fathers said: “The secular character of the lay faithful is not therefore to be defined only in a sociological sense, but most especially in a theological sense. The term secular must be understood in light of the act of God the creator and redeemer, who has handed over the world to women and men, so that they may participate in the work of creation, free creation from the influence of sin and sanctify themselves in marriage or the celibate life, in a family, in a profession and in the various activities of society. (Christifideles Laici, 15)

While there are graduate degree programs in pastoral theology and non-academic programs for the lay ecclesial ministries, most programs in religious education share the common flaw that they have been modeled on seminary education, which is for the sake of governance in the Church. However, the Lay Mission Project’s focus is on a systematic presentation of the Catholic theology required to affect secular society.

Most Catholics have had no formation in the Church apart from sacramental preparation. Formation requires both growth in personal discipleship and an educational method that enables participants to appreciate how revelation illumines their secular interactions. The Lay Mission Project’s formation process includes online delivery of content, as well as occasions to process the information – both individually and in small groups. These moments of reflection provide the opportunity for integration of the material as it relates to their present relationships and commitments. Built from the ground-up, each course, lesson, topic, assignment and discussion is designed with immediate applicability in mind.

In addition, unlike program-based initiatives, which often do not offer the resources for follow-up, the Lay Mission Project is a collaborative project that ensures ongoing formation. Those who complete the formation curriculum will be enabled not only to live their Catholic faith more deeply in secular society, but also will be able to collaborate with their pastors in forming others and in applying Catholic moral and social teaching while evaluating and analyzing real-life situations.

You have already reported this