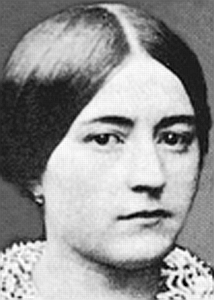 Lifelong lay woman. Lace maker. Married to Saint Louis Martin on 12 July 1858. Mother of nine children; five of them, all girls, survived to adulthood and became nuns; the youngest was Saint Therese of Lisieux.